Baz Gray recently  undertook a solo and unsupported expedition to the South Pole.  AGlaze was applied to the bottom of Baz’s sled and he noticed a huge difference in drag and glide……..

“This was one of the worst summers on record in Antarctica due to the amount of snow that fell.  Fresh snow in Antarctica makes pulling sleds extremely difficult as the consistency of the snow is so dry.  At times its like dragging a dead weight across sand as opposed to snow.  Anything that can help with glide is going to …and did ensure vast amounts of energy is saved.  This was phase one of a much bigger expedition, this year I completed my 730 mile ski in 38 days with my sled weighing 88kg at the start.  In November 2020 I will embark on phase two which will be the first attempt to ski solo, unsupported and unassisted across the entire continent from sea to sea via the South Pole – a distance of 1600 miles in a time of 95 days with a sled weight of around 140kg.” 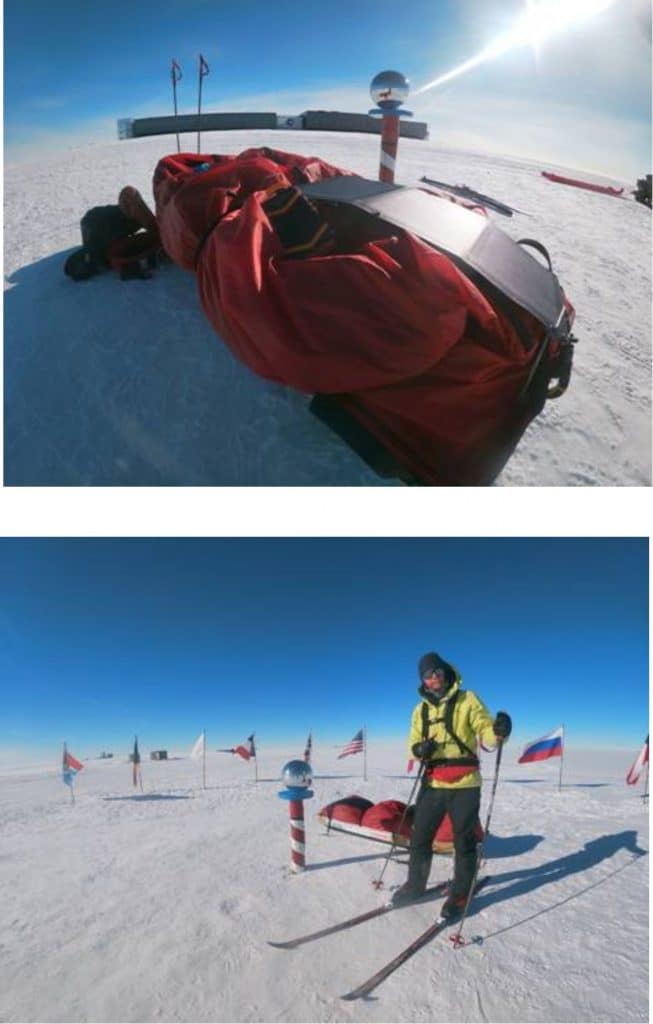 Baz during his expedition

All products manufactured in Great Britain

We use cookies to ensure that we give you the best experience on our website. If you continue to use this site we will assume that you are happy with it.Ok